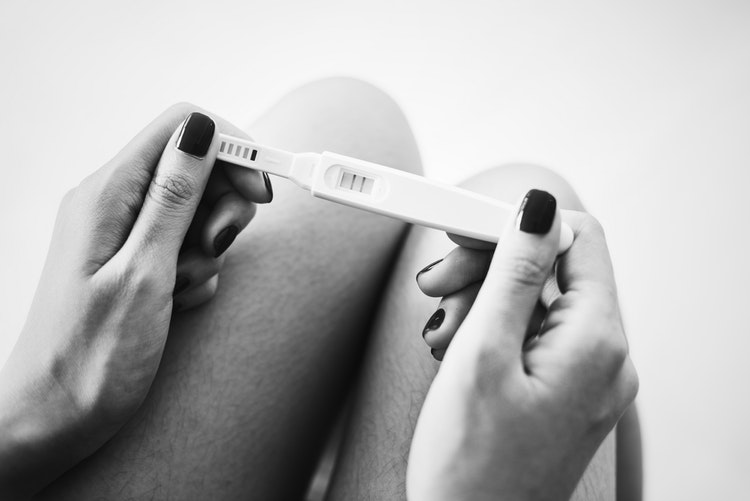 It was my 30th Birthday.

As a surprise, Matt whisked me off on a getaway to Galena, Illinois, a quaint little town in the middle of the hills with antiques and tourist shops galore.
I was apprehensive to travel four hours away from home in the winter, but the truth is we needed some time away to reconnect.

For two years prior, we had struggled to have another baby. When my son was 2 1/2 we thought it'd be great for him to have a playmate and started trying right away.

Still one year and one miscarriage later, we were a family of three. Six months after that,  I had another miscarriage; that time, at 11 weeks along.

I remember walking down a long hospital hallway to the ultrasound room to confirm there was no heartbeat. I had begged my doctor for a second opinion before going forward with a D&C.
When they called my name, I couldn't move, my legs like sticks in the mud. I just wanted to stay there in that chair, hoping, before the dim-lit screen confirmed my worst nightmare.

When it was over, the ultrasound tech handed me a grainy picture, and with each thud of my feet I asked God, "Why?"

After that second loss, we were advised to get genetic testing to determine the cause of death. We learned our baby was a little girl and she had Turner's Syndrome, a non-genetic condition that often ends in pregnancy loss.

"There was nothing we could have done, it was 'just a fluke.' "

The next 6 months were riddled with more blood tests, hormone creams, and peeing on sticks. When these efforts failed, my doctor advised we start Clomid.

Despite the physical trauma the procedures and miscarriage took on my body - it was my all consuming fear that did the most damage to my spirit.

When I slipped into a dark depression, Matt and I reached out to our Pastor.

After listening to us, he told us about a new small group series that was starting at our church called, "The Circle Maker,"  and asked if we would lead a group in our home.  At the time, this seemed like a strange thing to ask a couple struggling to find hope, but we agreed.

As part of this study, we embarked on a 21 Day Prayer Challenge modeled after the book of Daniel, where we held nothing back, and circled an issue of need in prayer. As instructed, we enlisted close family and friends to join us in our journey.

Praying seems like a pretty simple task, but each day was a lesson in endurance as I fought to place my hope in God despite all consuming doubt and fear in the deepest parts of my soul. 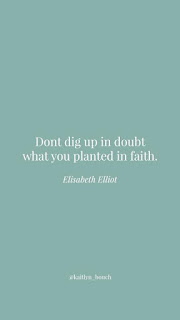 Our trip to Galena began on Day 17 of that prayer journey.  We set out on a blustery afternoon, placed our son in my parents' arms, and pulled into a lovely bed and breakfast late that evening.

The next day was not only my birthday, it was the first day I could take a pregnancy test after starting fertility medication.

I woke at 6am, quietly slipped out of bed, and removed the test from the wrapper.  As I waited the three minutes to view my results, I knelt on the bathroom floor, and asked God to be at peace with whatever result was on that stick.

I held the stick up to the light trying to detect a hint of pink where there was none.

My heart began to pound -

"We prayed so hard. The medication did not work. What now?!"

I covered my face with my hands and climbed back into bed with Matt, who met me with open arms.

We lay there together, sobbing, in the early hours of the morning.  We did not speak as there was nothing to say.

After what seemed like days, Matt finally broke the silence and said, "We cannot give up hope.  It's only Day 17.  We will continue to pray and will try again next month.  Laying in bed all weekend won't change our circumstance."

Since I wasn't pregnant, we dipped in the hot tub in our hotel room and took a lovely horseback ride through the woods - just as the first fresh snow of the season was starting to fall.

It was serenely beautiful.  The snow created a soft blanket over every withered branch and path, silencing every sound, but the snorts of breath from our horses' muzzles. 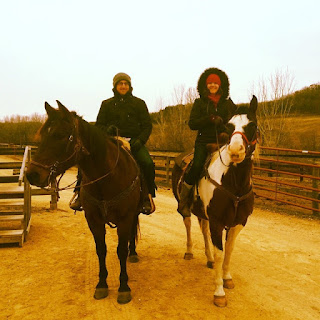 That night, we had dinner and wine at a lovely French restaurant and ended with a late movie.

That weekend was filled with things I never would have done had that pregnancy test read positive.

It was a gift; a reminder that as we wait for our desires; we can still cherish one another.

We returned home and continued to pray. Each night we knelt before God, asking him for a child; all the while hoping for a miracle.

On the final day of our 21 Day Prayer Challenge, I decided to take one more pregnancy test. Other than the test on my 30th Birthday, I had no other indication I wasn't pregnant.

You would think that after peeing on so many sticks one would grow accustomed to it; turn numb to the nagging hope, uncertainty, fear, and emotional roller coaster.

Yet as much as I tried to protect my heart from the results, I never could.

Shaking, I placed the test on the sink, and went downstairs in the basement to change out the laundry.

Balancing a full basket of clothes on my hip, I peered down at the sink and was met with the two pink lines I had been waiting so long to see - I was pregnant!

I dropped the basket and ran into the living room waving that pee stick like a victory flag!

On July 6, 2015 we added two healthy baby boys to our family.  We had asked God to bless us with a baby and he gave us two.

We named our first twin, Ryan, and the other, Daniel, after the Daniel of the bible whose ability to pray through all things served as a guide for our journey from loss to redemption.

I wish I could say it has been smooth sailing ever since.

But that isn't authentic - having two babies and a toddler at once was no small task. They brought overwhelming joy to our lives, but they have also added more exhaustion, doubt, and fear.

There are some days when I can't remember my name let alone the last time I showered.  There is often not enough caffeine in the world to make up for my lack of sleep, and sometimes, I just can't seem to meet everyone's needs.

On those days I remember the prayerful endurance I learned in the waiting.

I ask God to fill the cracks in my courage and give me what I need to face each day.

See, over those 21 days, God didn't just change my circumstances -


He was cultivating me into the mother my children need and teaching me to lean on Him when my own grit falls short.

There were so many moments during that trying time where I blamed myself for the inability to have a baby. I thought that if I could just do or not do the right combination of things that somehow I could ensure the outcome.

Yet the one weekend I did almost everything doctors advise a woman not to do when pregnant, I ended up having two babies growing inside me.

Looking back, I know it was not about my actions or abilities because clearly, those didn't work.

It was about where I placed my hope.

I have hope because I no longer doubt God hears me, knows me, and loves me.

And no matter what may come - that truth remains. 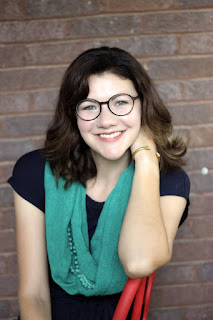 Heather is married to a funny blue devil, mom to three lively boys, and singer both on stage and in her child's ear. She is the owner of Kaloupek Counseling, LLC a private practice offering mental health services to children, teens, and adults in Decatur, IL.  You can read more about her, her blog, and counseling practice here.  Want to reach out? Send her an email!  She would love to hear from you!
Labels: Awareness Christianity Faith Grief Miscarriage Parenting Prayer Pregnancy & Infant Loss 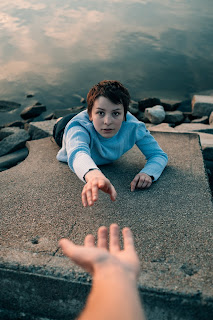 Are you a minimizer or a maximizer? 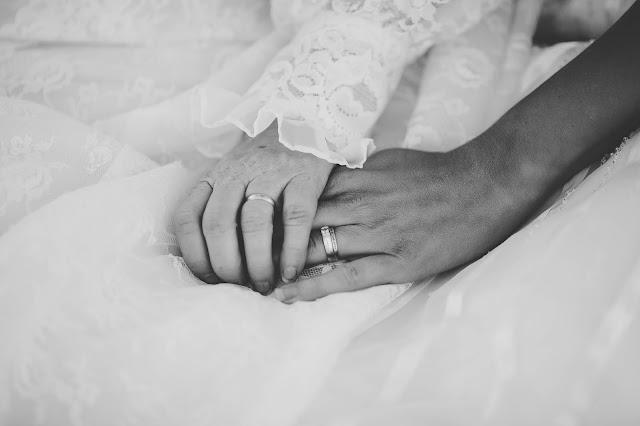